Chewing areca nut or betel nut or ‘supari‘ as it is commonly known has been prevalent for at least 2000 years if not more with its history being traced back to the Aryans. It is believed that areca nut or supari has been grown extensively since the Vedic period.

One finds innumerable references of areca nut and its uses in Sanskrit texts. It is believed that when soldiers of Sri Krishna from Dwaraka landed in a marshy place, they came across a rich garden of coconut and areca nut. The tired soldiers found solace in the cool garden and drank coconut water and chewed on ripe areca nut. Even Kalidasa’s Raghuvamsha has a passage where Sri Rama tells Sri Sita about the abundantly flourishing areca nut gardens on the western coast of India. It is believed that those gardens spoken about are in the regions of Sirsi, Siddapur and Yellapur in the state of Karnataka.

Sirsi supari of Karnataka has a unique taste as compared to the supari grown in other parts of the country and it is greatly attributed to the differences in the chemical composition and the average flavonoids content which is about 90 as compared to about 80 in others. The other distinctive features of this areca nut are its shape, texture, size and cross-sectional views which are not seen in the other areca nuts grown in different parts of the country. Adding to its taste is red soil in which it is grown in these three regions. 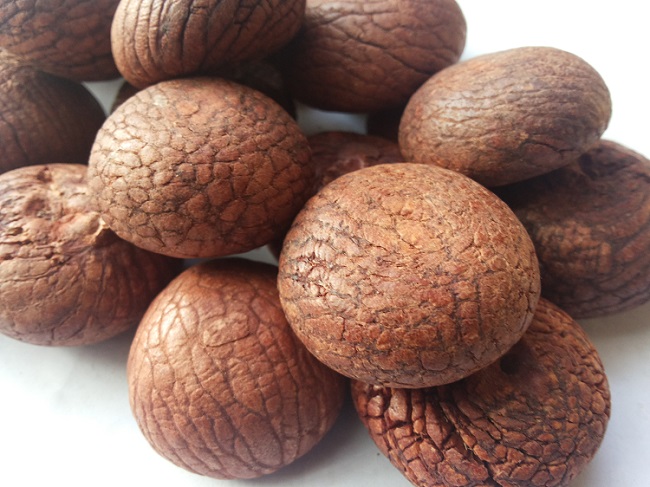 Sirsi supari is a medium-sized fruit and round in shape. It has a light ash coloured hard seed. The fruit of Sirsi supari turns yellow to scarlet as it ripens and consists of a thick fibrous pericarp (husk) that encloses this seed.

There are both chali (white) and red varieties of Sirsi supari though major production is of the white areca nut. The chali variety is made by peeling the ripened nuts and drying them in the sun. The red areca nut is produced by harvesting the tender nuts, boiling and colouring them. It is then graded accordingly and dried out in the sun. 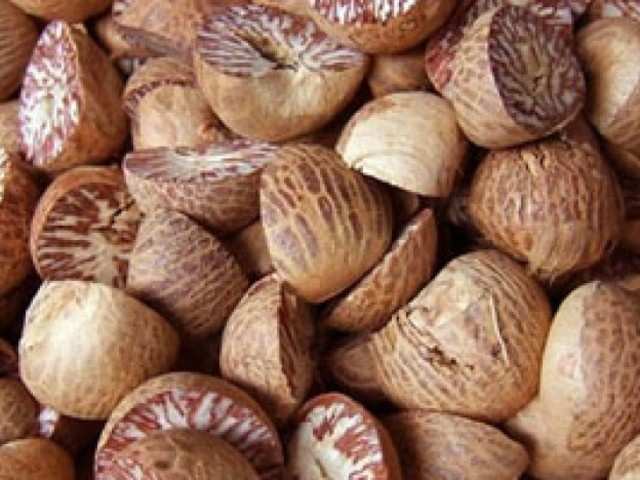 The extraordinary taste and striking markings on the Sirsi supari helped it get the Geographical Indication Tag (GI) in 2019.