Chhattisgarh, traditionally known as the rice bowl of India is home to over 20,000 varieties of indigenous rice. The somewhat wild types, cultivated types, aromatic and non-aromatic rice have a vast diverse presence throughout the state. Each district in Chhattisgarh has a unique aromatic rice variety that has been in existence for hundreds of years. The traditional practices and land passed over generations by the farmers of that region have given a distinctive identity to a variety of rice like Vishnu Bhog in Pendra, Jeeraphool of Ambikapur, Shyamjeera of Surajpur, Bisni of Bagicha, Badshah Bhog of Jagdalpur etc.

There is historical evidence that Jeeraphool rice was used in celebrations and festivals during the reign of Maharaja Ambikeshwar Sharan Singhdev and offered as prasad in the ancient Mahamaya temple in Ambikapur. Jeeraphool is an indigenous scented variety grown predominantly in the low-lying areas in Surguja region and almost every farmer cultivates this variety for their own use because of its heady aroma and delightful taste. Farmers say that the age-old practices, cropping situation and weather conditions of Surguja contributes greatly to its aroma, softness, taste and physical traits.

The land preparation involves ploughing, harrowing, levelling and puddling using traditional methods. Graded quality seeds which are bold and uniform in size with good germination rate are selected. These seeds are cleaned with water and dried in the shade. The farmers adopt seed broadcasting and say that the nursery beds should be well-irrigated and the soil should be rich in organic matter. The nursery is prepared near the main paddy field to prevent any loss during transplantation.

Organic fertilizers are preferred as it improves the panicle growth, grain quality and increases the yield. The paddy field is drained a week prior to harvesting. Harvesting is done when 75 percent of the grains are matured. The harvested crop is dried for 2 – 3 days. It is followed by threshing and winnowing. The winnowed grains are dried in the sun until the moisture content reaches less than 14 percent.

Traditional storage structures made from kothi (bamboo) and earthen pots are used to store paddy grains. This storage system prevents the grain from getting wet after drying and protects it from insects, rodents and birds.

Jeeraphool is a small size variety with an appearance of cumin (jeera) and hence known as Jeeraphool. This superfine cumin-like grain is very soft in the mouth and remains flaky even after cooling. Jeeraphool rice is used to prepare kheer (rice has a creamy texture and does not require additional flavouring) and basi bhat (a local dish prepared by the tribals of Surguja district). It is traditionally used in religious and wedding ceremonies. The flour of Jeeraphool rice is very smooth and a dough made from it is used to make local dishes like chausela, anarsa, fara, chawal, roti and cheela. 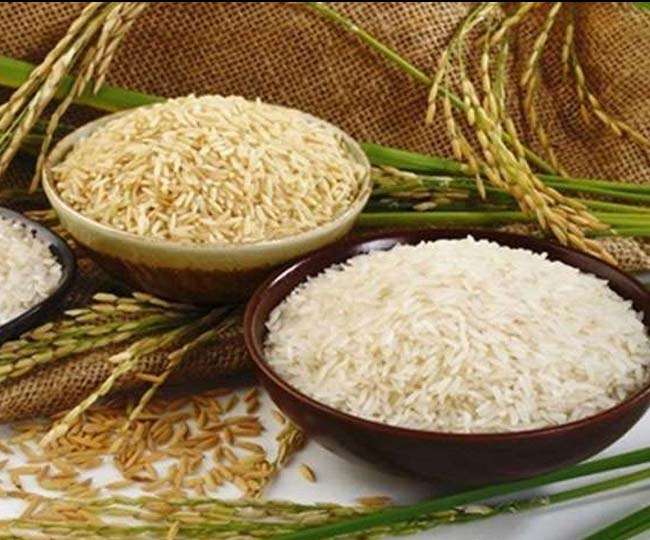 With the expansion of high-yielding varieties, these indigenous rice varieties are now replaced or have vanished from the fields of farmers. Very few farmers are cultivating these varieties for larger consumption, but these are in great demand in the market. Traditionally cultivated using organic matter, the age-old methods are not very high-yielding as they are now very often forced to go along with continued imbalanced use of chemical fertilizers.

Unfortunately, the wealth of traditional practices of indigenous rice cultivation that seemed to adapt remarkably well to changing climatic conditions, soil, water as well as resistance to pests and diseases appears to have diluted in this new age craze for high-yielding rice varieties that are known to have lesser or zero curative and medicinal properties.