Scientific research has shown that of the fourteen years in exile, Lord Rama spent twelve of them in the state of Chhattisgarh. Historians have painstakingly identified the journey from Ayodhya to Rameshwaram and then to Sri Lanka during which Lord Rama received education from many saints, ascetics and performed penance and this has been supported by the ample evidence found in over two hundred places associated with the events of Lord Rama and Mother Sita. 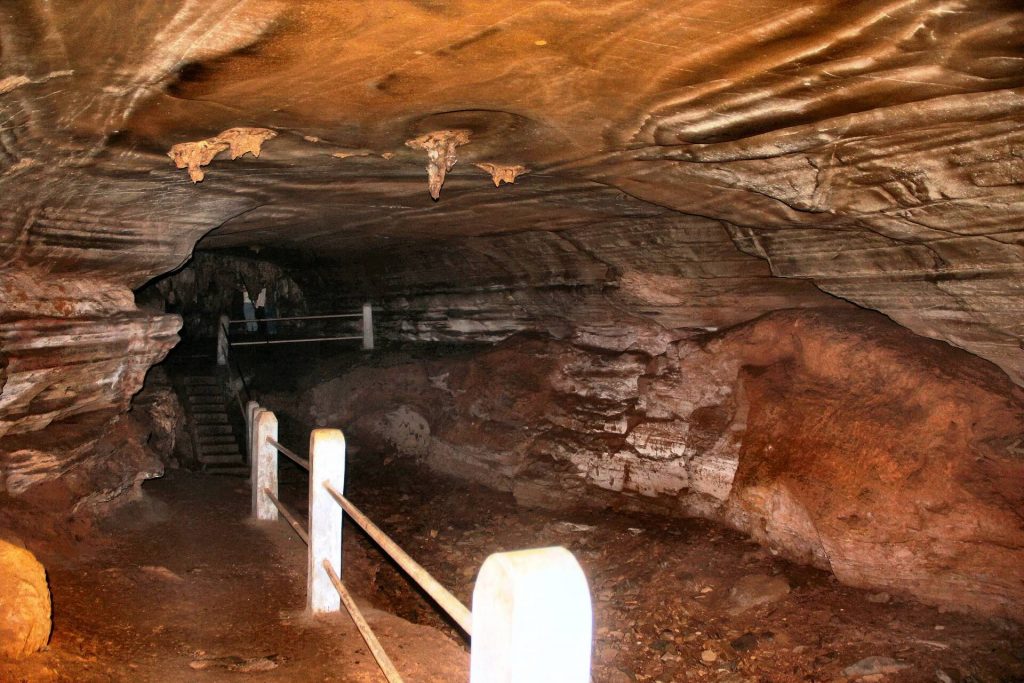 It is conclusively proven that after residing for a few days at the ashram of Atri Rishi, Lord Rama took sanctuary in the dense forests of Madhya Pradesh and Chhattisgarh that was known as Dandakaranya. This region nowadays is known as Dantewada. Lord Rama also had stayed for a long period in a cave in Bastar and historical and geological evidence discovered in the cave is definitive.

Bastar also known as Dakshin Kaushal is full of dense forests, medicinal plants, lush green mountains, deep valleys, rivers, waterfalls, caves, natural parks and boasts of some of the rarest species of flora and fauna. There are many mysterious and fascinating aspects of the Dandak cave, Kutumsar caves and the Kailash cave in Kanger Valley National Park in Bastar district of Chhattisgarh near the banks of the Kanger river, a tributary of the Kolab river. But to start with, botanists, geologists, anthropologists and marine biologists have been very enthusiastic about the findings in Kutumsar caves.

Studies have shown the evidence of human habitation in these caves during prehistoric times. Several spaces deemed as rooms that are fully developed within the caves which are 20 to 70 metres wide have revealed the presence of Adimavans (man/creature who lived about 50 million years ago) here. Geology studies have shown that this area was completely submerged in water millions of years ago and these caves have been formed by the natural flow of water.

Kutumsar cave was earlier known as Gopansar cave meaning hidden cave and was discovered by tribals living in the area sometime in the 1900s but was surveyed only in the 1950s. Kutumsar is recognised as one of the longest natural caves in India about 330 metres long and at least 55 metres below the ground.

The cave is engulfed in perennial darkness and because of the leakage of limestone and the chemical reaction of carbon-dioxide and water, stunning speleothems i.e. magnificent structures of stalactites and stalagmites are seen inside the caves creating panoramic views. The cave houses five huge natural chambers with stalactites and stalagmites that have probably been formed at a glacial pace of an inch every 6000 years with a beautiful Shiva Linga at the end of the cave. The mineral-rich rocks add myriad bands of colours to these natural formations.

As not even a single ray of sun penetrates into this damp cavern, Kutumsar cave is home to very unique and rare species of genetically blind fish (fish have a thin membrane over their eyes due to which they are completely blind), frogs, an animal called Campiola Shankarai and insects. The caves get submerged in the monsoons and hence, is slippery almost all the time. As the oxygen levels are low, it is inadvisable to veer away from the suggested paths while exploring these dark and glittery formations.

The nearby Kailash cave is the oldest cave with limestone formations in this area and about 40 metres above towards the hill. This cave was stumbled upon in 1993 and is believed to be about 1000 feet in length with a depth of 120 feet. The narrow entrance and pitch-black ambience is reminiscent of Kutumsar caves. Kailash cave is rich in stalactites and stalagmites and the cave ends with a stalagmite structure in the shape of a Shiva Linga that is worshipped by locals. The echoes in this cave also sound very strange probably because of the natural formations, mineral deposits, depth and length of the cave.

This astounding dripstone is an experiential adventure and not to be missed. The divine reference to Lord Rama staying in this cave in Bastar also adds to the reverential exploration of nature’s beauty.