Himachali Kala Zeera or black cumin is one of the most economically important medicinal plant and spice that grows largely in Himachal Pradesh. Generally known to be found as a wild plant in the forests and grassy slopes of the North-Western Himalayas, kala zeera thrives in the high mountainous regions of Kinnaur, Kullu, Chamba, Shimla, Sirmaur, Lahaul – Spiti, Pangi and Bharmaur that are at an elevation of 1850 – 3100 metres.

The spice herb is small, grassy and perennial and farmers collect the matured seeds from the forest areas. As kala zeera fetches an astronomical price, it is cultivated as a cash crop in some parts of the state. The major difference between Himachali kala zeera (Bunium persicum) and other species is the presence of higher concentration of volatile oils, aldehydes and high percentage of Cuminaldehyde. 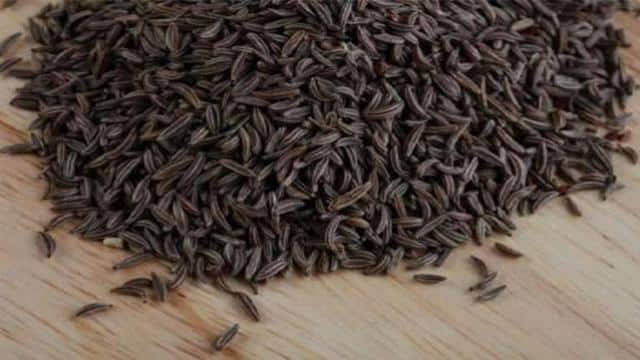 However, successful domestication of Himachali kala zeera plant from its wild habitat has been carried out by the Government to meet the increasing demands. Certain areas in Kinnaur and Sangla and other high-altitude regions have been earmarked for cultivation under the apple orchards. The dry seeds are sold by farmers to the local contractors at a very low price which is then sold in the main market at a premium.

This prized spice is valued for is medicinal, curative and healing properties. As kala zeera has a very high percentage of volatile oil, it is treasured for its unique taste and flavour. Locals say that as Himachali kala zeera is darker and relatively sweeter as compared to other varieties, the taste of curries and dishes prepared using indigenous food grains is enhanced. This exotic crop is ordinarily used in small quantities and locals say that light roasting really adds to its flavour.

Kala zeera is widely used in mixed spices and for flavouring curries, soups, breads and cakes. It is a vital ingredient of curry powder, pickles and chutneys.

Kala zeera has been recommended in Ayurveda to cure digestive disorders. Kala zeera has anti-inflammatory, analgesic, antispasmodic, carminative and lactation stimulant properties besides being used for curing urinary tract disorders, to treat diarrhoea, piles, insomnia, scorpion stings and others, as a diuretic, for gynaecological complications and respiratory problems among others. It is also highly recommended to treat diabetes and prevent heart and brain diseases.

This wild delightful spice was awarded the Geographical Indication Tag (GI) in 2017 for its distinctive taste and flavour and diverse uses.