Hastinapur (City of elephants) in the state of Uttar Pradesh is one of the most significant places of history, culture, heritage, spirituality, knowledge and wisdom in the world. This ancient city was the capital of the Kuru kingdom of the Kauravas and it was here that the seeds were sown for the unimaginable carnage witnessed in the great war between the Kauravas and the Pandavas fought in Kurukshetra. After the bloody war that saw some of the mightiest warriors that ever walked this earth killed, Hastinapur was restored to its former glory by the victorious Pandavas.

Located in the ruins of the old city of Hastinapur is the Praacheena Pandeshwar temple meaning ancient or old Pandeshwar temple dedicated to Lord Shiva. Legend has it that Dharmaraja Yudhishthira installed this Shiva Linga and prayed fervently to Lord Shiva seeking His blessings to win the great war. Dharmaraja Yudhishthira known to be the very personification of virtue, dharma and kshama (forgiveness) performed tapaha (penance and austerity) in such an exemplary manner that Lord Shiva became pleased and blessed him with success. It is that same belief that draws great crowds to have darshan of Lord Shiva here. The implicit faith that one has that whatever is asked is given is to be experienced to be understood.

This temple is also believed to the place where the Kauravas and Pandavas received education of the scriptures, Vedas and Puranas. A temple of Goddess Kali on the hillock above and many other ashrams are also present on the ruins. Another legend is that this Shiva Linga was installed by Daanveer Karna who is universally known to be the most generous person that ever lived. Locals say that Daanveer Karna would bathe in the Ganga that flowed next to the temple and then offer prayers to Lord Shiva.

Although the course of the Ganga has veered away from the original bank over time, there is a river bank called Karna Ghat where several people take a holy dip on Karthika Pournima. There is a stream of Ganga that flows near the temple today. It is said that Draupadi would perform her ablutions in the Ganga and then offer prayers to Lord Shiva. The Shiva Linga is placed right in the middle of the temple complex with domes surrounding it.  The Shiva Linga is of natural stone though it has been reduced to half of its original size with the continuous jala abhishek performed.

The idols of the Pancha Pandavas here is said to be of the Mahabharata era and the detailing in the artwork is indicative of the same. There is an old huge vatavruksha (banyan tree) in the temple complex where devotees light lamps and offer prayers. There is also an ancient well located close by that has cold water. Locals say that sprinkling this water in the house brings peace. 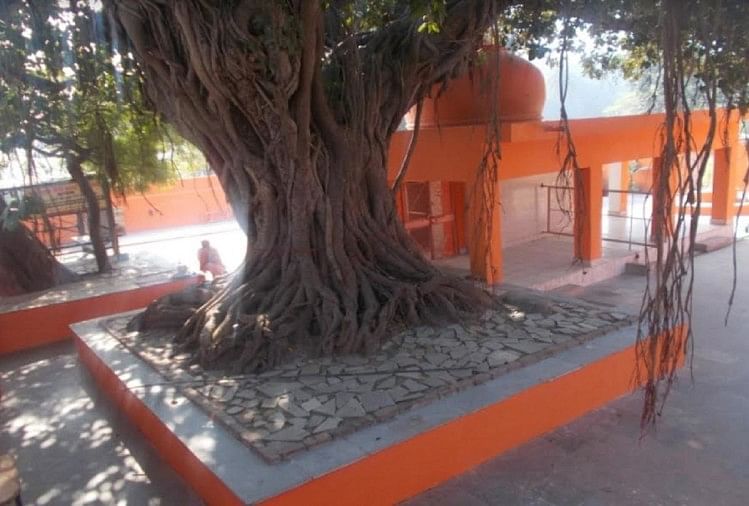 It is said that this temple was renovated in the Mahabharata era. In 1798, Raja Nain Singh of Bahishuma Fort Parikshitgarh did an outstanding job of renovating this temple. It was during an excavation of the ancient fort of Hastinapur that the walls of the Pandava fort, hillock of Mahatma Vidura, the palace of the Pandavas, Draupadi Ghat, the kitchen of Draupadi, Karna’s temple as well as the palace of Raja Nain Singh, twelve cisterns and others were discovered. All these are proof of the historicity of Hastinapur. A wide variety of sculptures of unparalleled skill and archaic coins have also been found during the excavation at this historical site. Painted grey pottery belonging to the Vedic Age was discovered dating back to 1500 BC. An excavation also revealed a sculpture of a woman decorated with ornaments and flowers made before the second century. Ancient swords and sculptures were also found. These remains are kept in the museum in Agra.

The Karna temple is believed to be built in 4000 BC and is situated near to Pandeshwar temple on the banks of the old ravine of Ganga. The Shiva Linga here is said to be installed by Karna. The temple is right by the Budhi Ghat. It is said that after Daanveer Karna performed his ablutions, he would donate lots of gold to the poor. This also adds to the people’s faith that this is a wish fulfilling temple.

Though, the temple is a small one room structure, it is considered to be extremely sacred and a large number of people visit this temple each year.